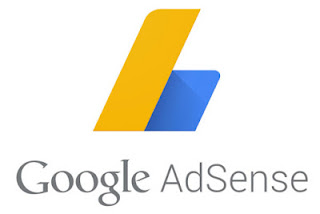 AdSense (Google AdSense) is an advertising placement service by Google. The program is designed for website publishers who want to display targeted text, video or image advertisements on website pages and earn money when site visitors view or click the ads.
Some publishers in the years past have reported difficulties in getting their money paid into their private personal account. This is so in most cases because of some wrong settings on the publisher’s side. I have mapped out below the authentic steps in getting it done so you start to receive your cash without delays.
You can withdraw the money with your bank account by following these steps below;
Step 1
Sign in to your Google Adsense account to display the Adsense homepage.
Step 2
Choose the “Home” tab if it is not already selected, and then click “Payment Settings” to show the Payment Settings screen.
Step 3
Click the “Add New Bank Account” button to display the Add New Form of Payment screen.
Step 4
Enter the requested bank account information, including the account holder name, the bank routing number and the account number.
Step 5
Click the “Save” button to save your changes.
Step 6
Wait up to five days for Google to deposit a test amount into your bank account, which can range from 15 cents to $1.10. Note the exact amount.
Step 7
Sign in to Google Adsense once more; click “Payments” and then “Payment Settings” to show the Payment Settings screen.
Step 8
Click “Verify Test Deposit” and enter the test amount that you noted. Then click the “Submit” button, which verifies your account. When the deposits into your Google Adsense account reach the payment threshold, which is $100, the money is automatically withdrawn once a month to your bank account.
I hope these steps will help rectify the difficulties you experience to start getting your money from Adsense after a thorough hard work on creating your exclusive contents.
Related Topics:
Up Next

Gmail Username can be Changed. Check How.

Few Strategies to Increase Full Traffic to your Blog.

Former US President Donald Trump’s Twitter ban will remain forever, even if he runs for president again in 2024, a top company official said on Wednesday February 10.

During an interview on CNBC’s “Squawk Box,” Twitter’s chief financial officer, Ned Segal, was asked if the platform would restore Trump’s account if he ran again and was elected president.

In his reply, Segal said the ban is permanent, even if he ever becomes president again.

“Our policies are designed to make sure that people are not inciting violence, and if anybody does that, we would have to remove them from the service and our policies don’t allow people to come back.”

“He was removed when he was president, and there’d be no difference for anybody who [was] a public official once they’ve been removed from the service,” Segal responded.

Mr. Segal also confirmed that the rules would apply to any public official that was banned from the service for similar reasons to Mr. Trump.

Law enforcement authorities across several countries have taken down a network of what they describe as the “world’s most dangerous malware.”

The malware, Emotet, gained access to users’ computers through infected email attachments, including documents purporting to be “invoices, shipping notices and information about Covid-19,” European police agency Europol, which coordinated the effort, said in a statement Wednesday.

“The Emotet infrastructure essentially acted as a primary door opener for computer systems on a global scale,” Europol said. “Once this unauthorised access was established, these were sold to other top-level criminal groups to deploy further illicit activities such as data theft and extortion.”

The global effort to disrupt and take control of the compromised network, known as a botnet, was carried out jointly between eight countries, including the United States, the United Kingdom, Canada, Germany and the Netherlands. The network consisted of several hundred servers across the world, Europol said.

An investigation by Dutch police yielded a database of email addresses, passwords and usernames that were compromised by Emotet. Users can check whether their email addresses were breached through this link.

The malware saw a resurgence last year, according to the US Cybersecurity and Infrastructure Security Agency (CISA), which described “a significant increase in malicious cyber actors targeting state and local governments” with Emotet phishing emails. “This increase has rendered Emotet one of the most prevalent ongoing threats,” CISA added.

Users should carefully check their email and avoid opening messages and especially attachments from unknown senders,” it said. “If a message seems too good to be true, it likely is and emails that implore a sense of urgency should be avoided at all costs.”

Facebook will stop recommending users join “civic and political” groups, as it tries to reduce the number of political posts in people’s feeds.

It follows weeks of suppressing such content around the US election but will now become permanent policy around the world.

Mark Zuckerberg announced the change in a phone call with investors.

“People don’t want politics and fighting to take over,” the Facebook boss told those on the call.

It remains unclear what “civic groups” covers, and how the change could affect grassroots campaigning.

A Facebook spokesperson said the company was “still fine tuning” the policy and how it would work in the UK.

The decision follows months of pressure over the spread of misinformation on Facebook.

And Mr Zuckerberg said it wanted “to make sure the communities people connect with are healthy and positive”.

“There are also a lot of groups that we may not want to encourage people to join, even if they don’t violate our policies,” he said.

“Now, we plan to keep civic and political groups out of recommendations for the long term.”

This was “a continuation of work we’ve been doing for a while to turn down the temperature and discourage divisive conversations and communities”, Mr Zuckerberg said.

Facebook groups are often used for legitimate community organising and grassroots campaigns, however, something Mr Zuckerberg “want[s] to be able to keep happening”.

“But one of the top pieces of feedback we’re hearing from our community right now is that people don’t want politics and fighting to take over their experience on our services,” he added.