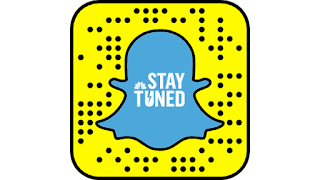 NBC News debuted what it’s billing as “the first daily news show” for Snapchat on Wednesday. The show, called Stay Tuned, will focus on issues like politics and international news. The new show offers the promise of cultivating a younger audience.
NBC is just one of the media companies investing in original programming for Snapchat. Vice and Time Warner (TWX), the parent company of CNN, have also announced plans to develop Snapchat shows.
The first episode includes segments about President Trump’s second meeting with Vladimir Putin, Republicans’ struggle to repeal Obamacare and the ongoing crisis in Venezuela.
The screen may be smaller, but the resources put into the show are sizable. There are 30 people working to produce Stay Tuned, including an executive producer and two co-hosts.
Stay Tuned will air live on Snapchat’s Discover platform in the morning and afternoon on weekdays and once a day on weekends.
PICTURE: snapchat