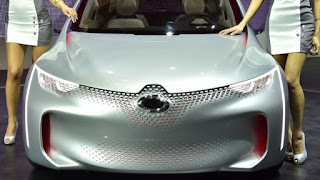 California has granted permission to Samsung to test their self-driving cars on their public roads. The permit means its driver-less vehicles will be able to travel on the same routes as cars driven by humans.
Samsung is just one of a growing roster of technology companies testing or investing in self-driving car technology. many established car manufacturers are pushing on with in-car tech that will steadily move control of a vehicle away from human drivers, such as advanced cruise control, self-parking and autopilot functions.
Samsung has taken several different steps recently to bolster its self-driving car technology division. One of the biggest steps was its $8bn acquisition late last year of the vehicle audio firm Harman.
The South Korean firm also has a significant stake in car maker Renault and is believed to be helping it develop its own self-driving controls.
PICTURE:  JUNG YEON-JE