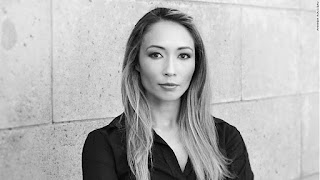 Amanda Rousseau works for security firm Endgame. She’s been in the cyber security industry for almost eight years and investigates malware attack techniques.
Rousseau gets messages from young people to teach them how to hack into systems because these days, smart kids manipulate codes and do serious damages.
They ask her for advice on how to create malware and hack accounts or computers, but she discourages them all the time never to do such.
In her words, she said: “I can teach you how to reverse engineer, but I am not going to teach you how to hack,”. “Not because I can’t, but because morally, I won’t.”
The teens she talks to are often active in toxic online environments like anonymous chat rooms where people encourage illegal behavior for fun, money, or notoriety.
But Rousseau suggests those interested in hacking to consider a career in information security, an industry expected to have a talent shortage over the next five years.
Rousseau, who formerly worked with the U.S. Department of Defense, says she doesn’t want to see kids get arrested for stupid mistakes.
A typical example is about Ashkan Hosseini, who launched his first malware attack when he was 11 years old. He put malware on a CD-ROM containing family photos and deleted everything off his family members’ computers.
Andrew Morris, cofounder of security firm Animus, Inc., echoes the importance of having a mentor. As a teen, he hacked to escape personal issues in his home life.
Morris, now 24, eventually developed ethical concerns about illegal hacking. He became a pentester — an “ethical hacker” companies hire to test the security of their systems. Morris recently started his own cyber security company. He added that  “one can build an amazing career with it.”
An anonymous researcher, who goes by the handle @one_researcher on Twitter, is among the teens Rousseau has mentored on the social network. The 19-year-old, who asked to be identified only by the handle, got in trouble with law enforcement agencies for allegedly launching distributed denial of service attacks on two websites.
Rousseau worked with him to reverse-engineer malware code and continues to advise him on career opportunities.
“A lot of these kids discover [hacking] on their own, find groups online and are anonymous among other anonymous people,” she said. “But they should meet face-to-face with others in their community.”
She encourages young people interested in security to attend local hacking meetups and tech events to get to know more people in the field.
PICTURE CREDIT: twitter via @malwareunicorn