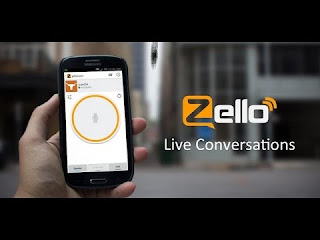 In communities ravaged by Harvey, floodwaters have left people stranded on rooftops, relying on rescue from volunteers and first responders. Smartphones are their lifelines.
On Zello, the volunteer organization Cajun Navy founded in 2005 following Hurricane Katrina is mobilizing rescuers through a channel called “Texas search and rescue.”
“We’re three volunteers looking for anyone with boats that we can jump on and help, over.”
These are just two of the messages that came through the walkie-talkie app Zello in one minute on Monday.
The push-to-talk app lets users send voice messages to different channels that can be heard from anyone listening to the channel. Stranded victims are uploading messages asking for help, while volunteers are talking to them directly, letting them know when help is on the way.
Many people are also using social media to ask for assistance, including Twitter and Facebook, While rescuers use this data to help find folks who need help, groups have also developed a grassroots data effort to collect information about victims and to let people know when they’re safe.

Get the app here