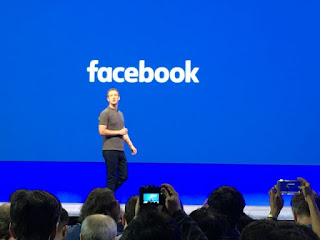 Facebook CEO is acknowledging that connecting people online isn’t enough and this has inspired them in changing the company’s mission statement. In his words, he said:
“We used to have a sense that if we could just do those things, then that would make a lot of the things in the world better by themselves,” “But now we realize that we need to do more too. It’s important to give people a voice, to get a diversity of opinions out there, but on top of that, you also need to do this work of building common ground so that way we can all move forward together.”
Zuckerberg believes he has got the right tool for the job: Facebook Groups, which are now used by a billion people around the world.
The company’s new mission statement: “To give people the power to build community and bring the world closer together.”
This had previously been “to give people the power to share and make the world more open and connected.”
Facebook has more than 1.9 billion monthly users. It reported $8 billion in revenue last quarter, nearly all of which was from ads.
Show More
Share
Facebook Twitter Google+ LinkedIn StumbleUpon Tumblr Pinterest Reddit VKontakte Share via Email Print

Uber CEO Resigns from the Company.

Miiverse Social Network about to be closed by Nintendo.

WhatsApp has stopped working on this phone devices.

Please consider supporting us by disabling your ad blocker