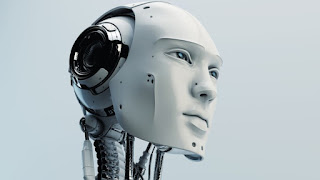 Beijing laid out a timeline on Friday for when it expects the country to become a global leader in the frontier technology. Li Meng, the vice minister of science and technology said by 2020, China’s AI technologies and research facilities will match other leading countries. And by 2030, China should finally become the global “innovation center for Artificial Intelligence.
The remarks at a press conference expand on a policy statement released by China’s State Council on Thursday, which set out goals to build a domestic artificial intelligence industry worth nearly $150 billion in the next few years.
Artificial intelligence could substitute doctors with computers in the future and is already replacing warehouse workers with robots, operating driverless cars. This signals China’s desire to lead in an area that is growing rapidly in the tech world. Artificial intelligence is the new frontier for many global tech leaders, with everybody from Google parent Alphabet (GOOG) to Tesla (TSLA) plowing money into the sector.
Alibaba founder and Chairman Jack Ma, currently China’s richest man, thinks artificial intelligence will bring about a massive upheaval in society, with robots replacing many CEOs as well as less senior workers.
PICTURE: money.cnn