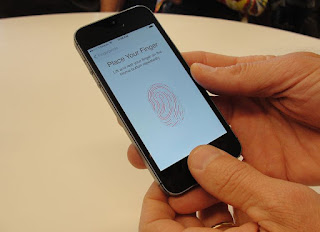 Apple has patented a new way of calling for help using just your fingertips. A patent granted on Tuesday depicted technology that would sense the “manner” in which a finger touched the iPhone screen to trigger a 911 call.
The company suggests the technology would look for a sequence of fingerprints or applied pressure to trigger a 911 call. “The user may program the electronic device to recognize input entered with a particular sequence of fingers, such as pinky-ring-pinky, as a command to make an emergency call,” the patent states.
This means it might appear that a device owner is unlocking a phone for an attacker but they’re discreetly contacting 911. But “no indication of the execution is apparent.”
Such technology could prove lifesaving in some situations, as demonstrated by a number of recent news reports. Earlier this month, New Mexico police reported that a smart home device had intervened in a domestic dispute.
Whether Apple plans on doing anything with the patent, however, remains to be seen because unfortunately, this technology isn’t available yet, and may never be. Not all patented technologies are put to use. Still, it’s a feature that’s certainly in demand.
PICTURE: getty images